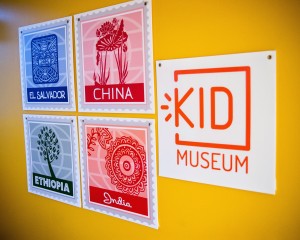 For my first post, I am super excited to share with you my absolute favorite place to go with the kids …for the moment anyway. 🙂 Imagine an open maker space, filled with tools and parts from various aspects of the sciences, designed specifically for kids, and you have KID Museum!

Located in the lower level of the Davis Library in Bethesda, Maryland, KID Museum is an interactive space aimed at elementary and middle school-aged children that provides “hands-on science, technology, engineering, art and math learning with an exploration of world cultures and global citizenship focused on empowering the next generation to invent the future with imagination, resourcefulness, and compassion.”

Apparently, as I learned from a friend, there is a community of maker spaces emerging in the DMV area (DC, Maryland, Virginia area for my non-local readers). Maker Spaces are all the rage now – with the advancement of emerging sciences and technology, the STEMification of schools and the growing DIY science community, yes, Maker Spaces are a thing. Who knew?! Maker Spaces are exactly that – space where you make mostly scientific stuff. 🙂 So of course, I got to the Google-ing and I found KID Museum and fell in love! Armed with my 3 curious makers-in-progress/future-makers on a Saturday afternoon, we made the drive to Bethesda to go make some stuff!

Upon entering KID Museum, we were greeted by a couple of very nice and enthusiastic staff members who explained to us how the “museum” works. Entrance fee was $8 a person; however, you could purchase a year’s membership which could be worth it if you planned on visiting several times during the course of the year. 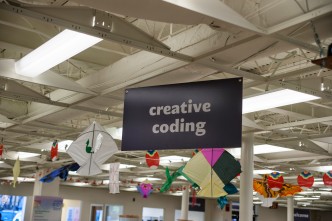 The layout of the space is very open with several stations – each station had a different activity. There was a coding station with several laptops with the Scratch Jr. program in use; a textile station where kids were making something with fabric; a wind station where kids made paper planes and “flying cones” to set them loose in a wind tunnel equipped with a tube and a fan; a beats studio where kids could experience audio engineering and create their own tracks and sound mixes; and a circuit table equipped with several circuit boards that could be connected for a variety of functions. There was also a kite making station, a station with wooden planks to build ramps and levers, and a couple of other activities we didn’t quite get to. It is note-worthy that they also have a 3D printer that was not open at the time but I am definitely, DEFINITELY, looking forward to checking that out on our next visit! 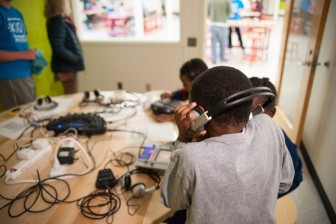 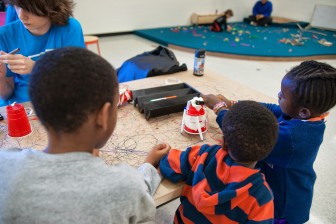 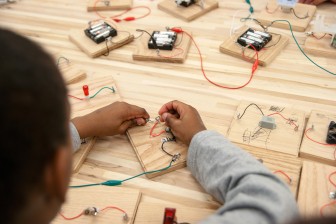 The highlights for us were the coding station, the beat club, the wind tunnel and the circuit table. I loved the fact that there was always an attendant eager and ready to explain the activity aaaannnd the science to me and the kids! One particular attendant was so awesome and designed an easy coding sequence for my three year old on Scratch Jr. and had him totally engaged in the process. The beat club was also very cool. We were all able to get on different boards and collaborate on some tracks. I later found out that KID Museum will post some of the kids’ tracks on Sound Cloud which can be shared with family and friends. Oh! And there was also the robot the kids built with colored markers for legs and a Sonar cup body… you had to be there. 🙂 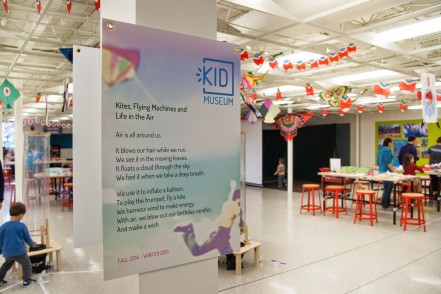 All in all, this was a fantastic, fun, and engaging experience! The kids had a great time and so did I. There was lots of space to run around as well, which they did. A lot. There were tables and chairs on one side of the room where parents could sit and observe; some parents had books and laptops with them. Can you say Me Time?! The staff at KID Museum mentioned that your entrance fee covered the entire day; so you could stay for a bit, leave for lunch and then return for more Maker’s fun later on in the day!

We are already looking forward to our next visit and I am curious to see what activities they will have next- they change the stations and activities periodically. Hopefully, it will be something to do with that 3D printer!

Drop a note if you make it out to Bethesda, will ya? I want to know what you think!

One thought on “KID Museum”